Each year, the state's SWCDs recognize individuals and organizations for outstanding accomplishments in implementing conservation practices and improving Minnesota's natural resources. The award program is conducted with support from The Farmer magazine.

Slinden and his family raise roughly 1,000 acres of corn and soybeans utilizing reduced tillage practices, nutrient and pest management, and cover crops in an effort to be as efficient as possible.  He says his goal is to raise the same number of bushels of crop with less equipment, fuel, fertilizer and other inputs. “Strip tillage allows me to reduce the number of tillage passes and apply less fertilizer.”  He also says his cover crop focus has been to find the most affordable and efficient ways to implement the practice.

Most of the land the Slindens farm has a rolling topography with coarse soils on the hilltops and rich black dirt in the dips.  Their hope is that reducing tillage and continuing to implement cover crops can stop erosion and build soil structure.  Ultimately, Jonathan would like to convert all his acres to strip tillage/minimum tillage and diversify his crop rotation.

In addition to farming the land better, Slinden planted a monarch pollinator habitat and works with his landlords to put less productive acres into the Conservation Reserve Program (CRP), thereby improving their overall farm operation.

Jonathan currently serves as a board member for the Central Counties Coop and the Meeker County Corn Growers.

Slinden acknowledges that while he had an interest in many conservation farming practices, implementing them were difficult, both financially and operationally.  He has appreciated the assistance he has received from Meeker SWCD and the Natural Resource Conservation Service (NRCS) saying that their programs have helped him cover many of the costs incurred.  He encourages anyone who is interested in conservation practices to use the resources available through Meeker SWCD and the NRCS. 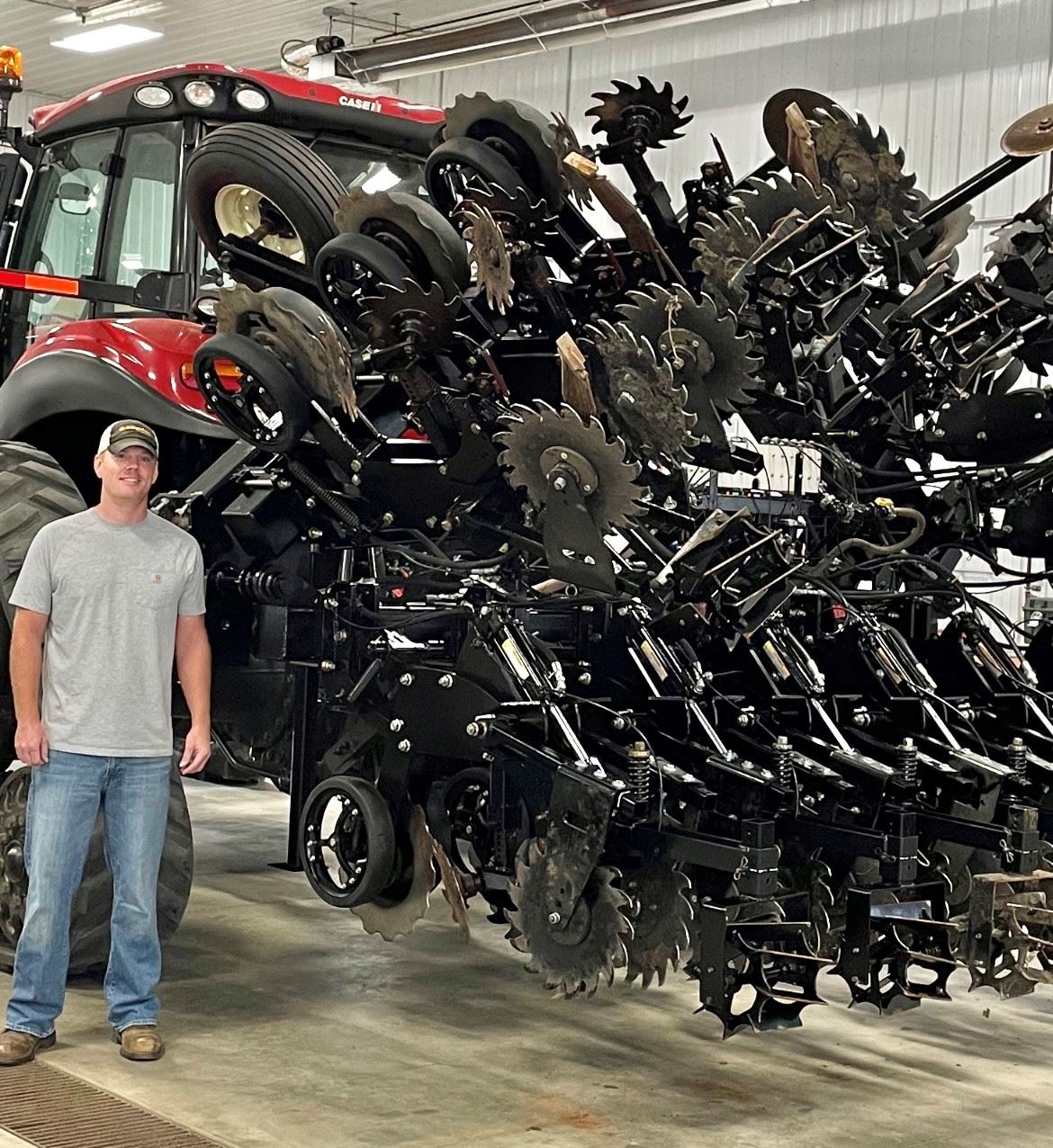 Meeker SWCD's 2021 Outstanding Conservationists, The Slinden Family. Pictured above is Jonathan Slinden with his strip till machine. Pictured below is Jonathan and Jaime Slinden, and their children, Carly and Thomas. 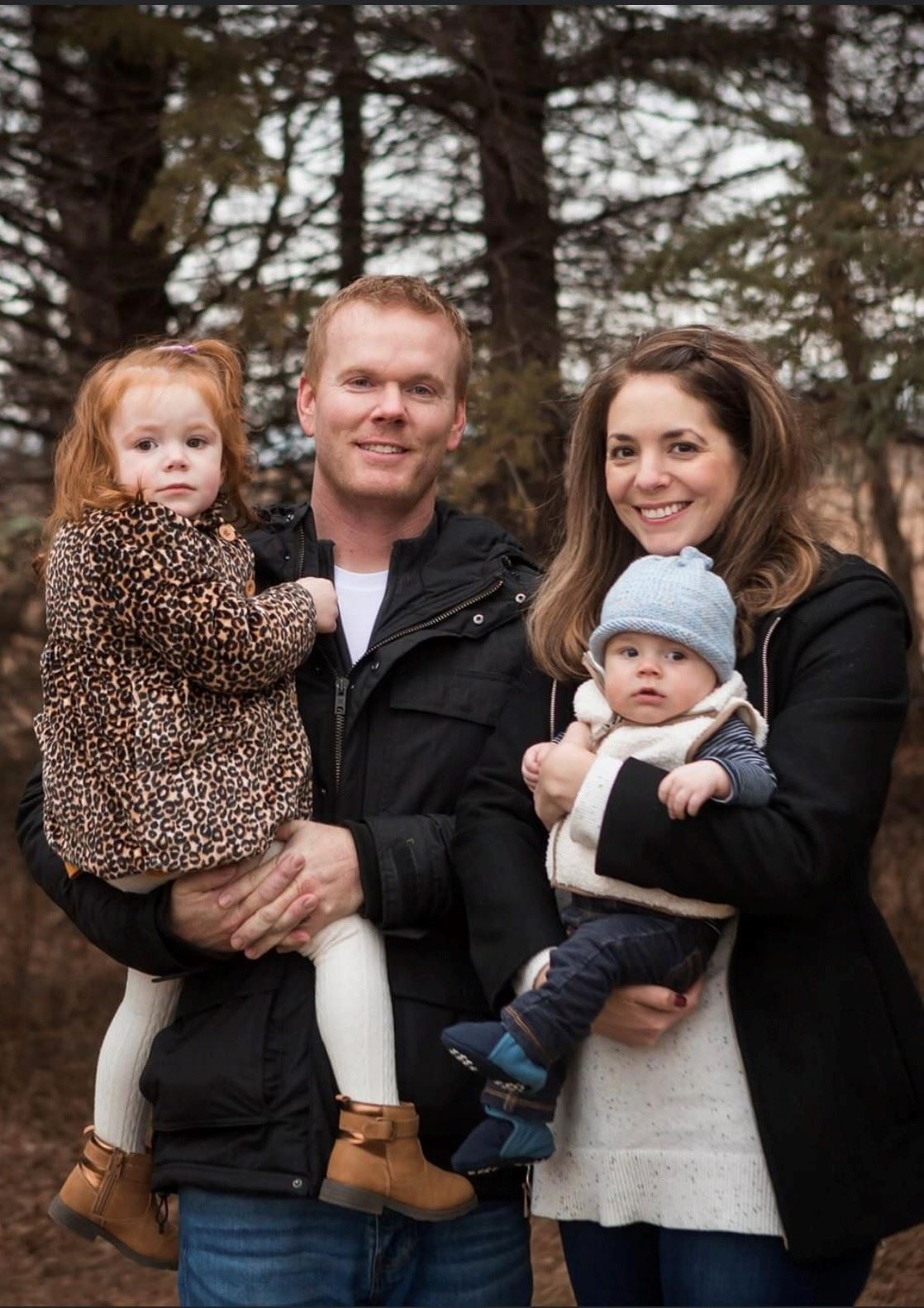